Each application skin includes a graphic iPad user interface for the application with faders, pans, transport control and dedicated edit keys that are specific to that application. Users can also control open windows such as plug-ins using touch-control from the iPad with the new V-Window feature.Founder, Paul Neyrinck, always wanted to expand V-Control beyond Pro Tools and has received a lot of user requests for other application skins, “Without doubt the majority of feedback I get from users are requests for V-Control to address their favorite application, and a lot of our users are on PC so we have taken that into consideration as well. We have also advanced V-Control into the video editing market with support for Final Cut Pro 7. Now that the V-Control software is mature it’s fairly easy for us to add new skins so you will see further development in the future”. 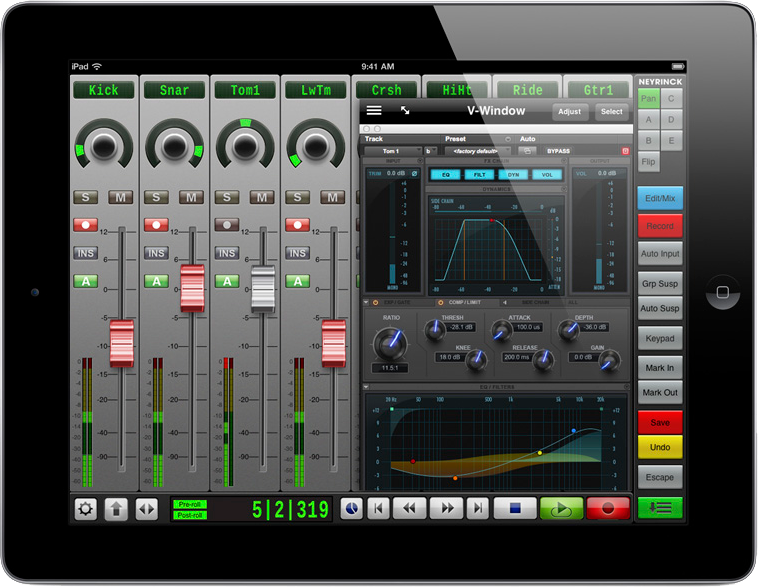