SoundCode for Dolby E for use at film festivals supporting Dolby E for 5.1 surround playback

One of 2010’s most anticipated and discussed documentary films is The People Vs. George Lucas, a funny and loving look into a generation’s joy and disappointment of George Lucas and his Star Wars franchise.

When Phillip Hegel, the supervising sound editor and re-recording mixer, needed to deliver the best possible sound for a number of major film festivals, he turned to Neyrinck’s SoundCode For Dolby E to get the job done.  “In the few days we had to mix and layback a temp dub to HDCAM for the Los Angeles Film Festival and Silverdocs, it suddenly became apparent that our encoding facility would be unable to provide Dolby E at our HD 23.98 frame rate because of house-sync issues.

We were exceptionally pleased to find that we could easily do the encode ourselves with Neyrinck’s software.  The interface is straightforward, elegant and functional… and in the midst of our time crunch it was great to have thoughtful technical support available!”

The past few years has seen an increase in film festivals supporting Dolby E for 5.1 surround playback.  Festivals have been using HDCAM video tape playback for a while because it is compact, affordable, and provides hi-definition images.  But with just four channels of audio, HDCAM has to use surround encoding to provide 5.1 sound.  Dolby E is a great solution to this problem because Dolby E can go on channels 3&4 with a stereo PCM mix on channels 1&2.  This way, the HDCAM tape can provide stereo for simple playback systems and 5.1 if a Dolby E decoder is available.  The Neyrinck Dolby E software system is an easy way for filmmakers to use Dolby E because they can encode the stream with their computer and deliver all material at once for the layback.

Robert Muratore, producer of The People Vs. George, is also pleased with Neyrinck’s Dolby E software.  “When we take it to a festival, we get to see the audience’s reaction and in surround, it really helps make the experience complete.  Now when we have to make a new mix for a festival, we don’t have to wait days to send out for Dolby E encoding on the west coast.  We can do it ourselves in twenty minutes.  This is a big step for independent cinema.”

You can learn more about The People Vs. George and watch the trailer at http://www.peoplevsgeorge.com 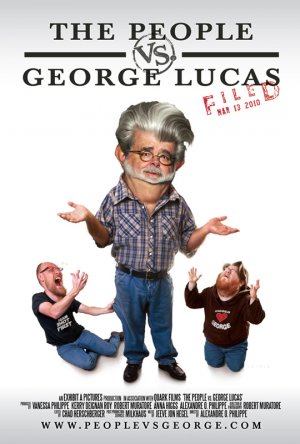