Plinio Hessel Jr, lead mixer at E-NOISE Productions in São Paulo, Brazil has been mixing and encoding surround for DVD for many years using Neyrinck SoundCode For Dolby Digital.

One feature he relies on is the realtime AC3 decoder that allows him to decode surround from a DVD player directly in Pro Tools.  But recently, he wanted to decode from a Blu-ray player.  Blu-ray players have a SPDIF/Optical output but unlike DVD, Dolby Digital is not mandatory and many Blu-ray discs use DTS-HD technology instead.

Plinio was pleased to discover that Neyrinck SoundCode For DTS provided a solution.  DTS-HD technology always provides a “legacy” DTS stream on the Blu-ray disc.  And that stream is sent out the SPDIF/Optical port on the player.  The Neyrinck SoundCode For DTS product provides a realtime RTAS decoder that is typically used to test a DTS stream being encoded for DVD.  But it can also be used to decode a DTS stream coming out of a DVD player or Blu-ray player.  Just create a stereo aux track to receive the DVD or Blu-ray output and decode it directly in Pro Tools.”For a long time I have used SoundCode Dolby Digital to decode DVD movies inside Pro Tools.  I love it because I can easily compare the DVD sound to my original production.  And now i can do the same using SoundCode DTS to decode Blue-Ray discs in real time, played directly by a domestic Blue-Ray player.  It is a great product!” 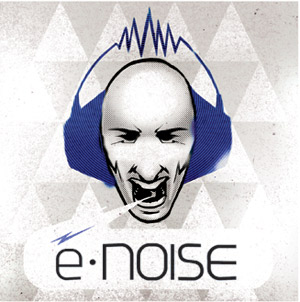